We’re in Aitutaki… After having spent more than 3 months in French Polynesia we’re back in English speaking territory and it feels strange and somehow less exotic. The Cook Islands are independent but freely associated with New Zealand. The natives speak with a kiwi accent and the NZD is the official currency. These islands are famous for being welcoming and friendly and we certainly notice this when we check in and meet the various officials here in Aitutaki.

Our four-day crossing from Bora Bora was very enjoyable. The first 24 hours were a bit slow and then the wind picked up and we started making some good speeds averaging 8 knots. We even had to slow the boat down and stand off on the last night to avoid arriving before daylight. The pass into Aitutaki is one of the toughest so far: it’s a narrow and shallow (1.4 metres in places) entrance channel with strong currents. The anchorage area itself is tiny: there’s only room for a few boats so we had to tie a stern line to a palm tree and wedge ourselves in between Toucan and a small monohull that were here before us. As soon as we were anchored a local official from Port Health came over and told us to keep the Q-flag up until he had been on-board to inspect our boat and spray it against insects. After that was done we were allowed to hoist the Cook Island flag and go ashore to customs and immigration. Finally, another official from another health department (“Bio Security”) had to come on-board to check all our produce and to confiscate any fresh meat, fruit and vegetables. Everyone was very friendly and efficient and as long as you pay all the fees there don’t seem to be any problems…

red sky in the morning … 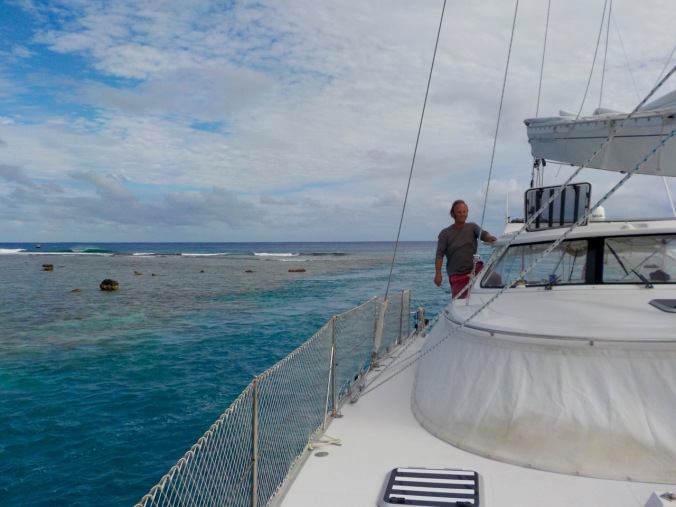 navigating through the channel

kids on the lookout going through the channel 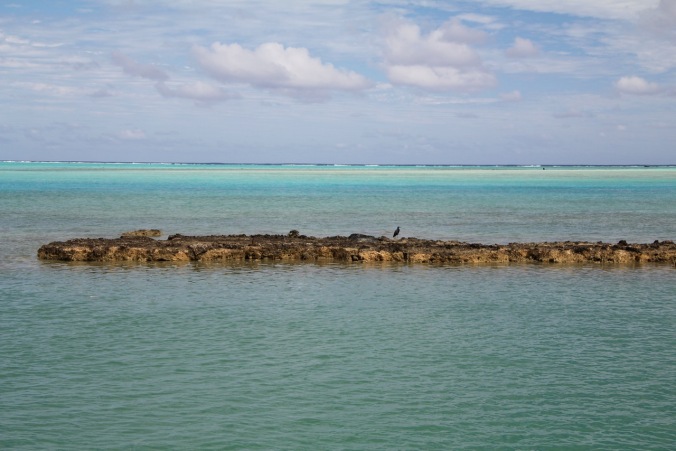 view from our cockpit in Aitutaki 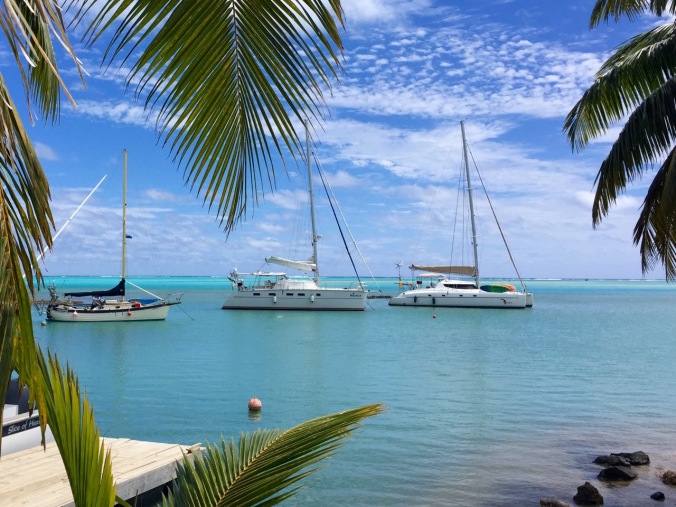 the anchorage in Aitutaki 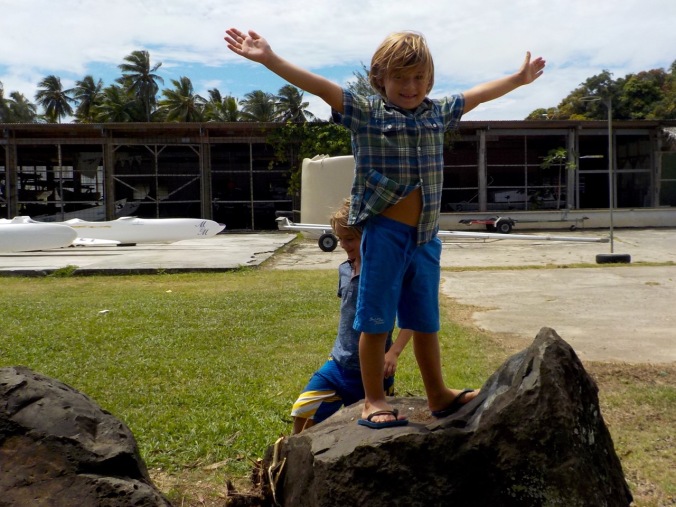 happy to be on land again

7 thoughts on “From French Polynesia to the Cook Islands”