The Yasawas are a chain of islands and surrounding reefs that make up Fiji’s western border. They are mostly high, grass-covered islands with picture perfect white sandy beaches. The British navigator William Bligh was the first European to sight the Yasawas in 1789, following the infamous mutiny on the HMS Bounty. The islands were not charted until 1840 and unfortunately today’s charts are still notoriously inaccurate. And there are coral reefs everywhere. Great for snorkelling and diving but always a danger when navigating. Especially when the charts are so unreliable. According to our trusted navionics charts we were right on top of a reef when in reality we were in 20 metres of water. Luckily we were using an app with google earth pictures overlay to make sure we knew where the reefs really were. And of course eyeball navigation is a necessity too, the kids and I always keeping an eye ahead from our positions on the bow.

one of the several resorts we see on the way 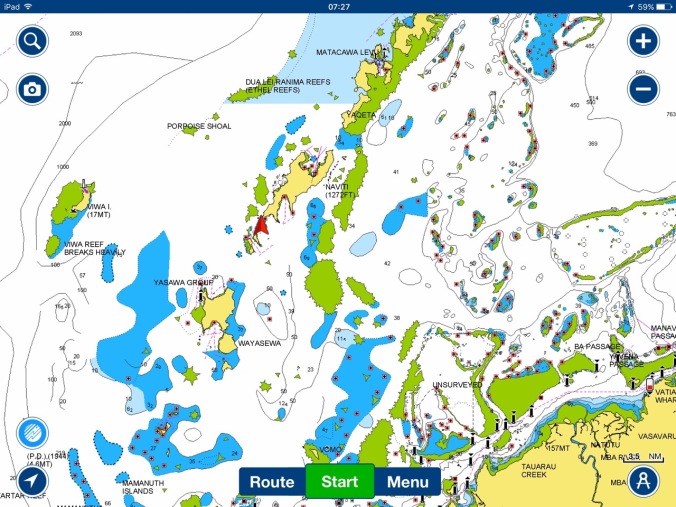 … and the charts are notoriously inaccurate

After a few stops and a secluded overnight anchorage in North Manta Ray passage we continued to The Blue Lagoon. Yes, the one from the 1980 movie with Brooke Shields. They filmed in this stunning lagoon and after watching it one night we could recognise several locations. This picturesque and very well protected anchorage with turquoise water, white sandy beaches and swaying palmtrees has a few resorts but remains relatively underdeveloped. We joined a bunch of other cruisers and together took a walk to the other side of the island where we were told was a teahouse. After being rewarded with stunning views on the way we found the teahouse (a little shack on the beach) and it was open. They were serving tea, coffee and chocolate cake and selling shell necklaces and showed us the octopuses they caught that morning. 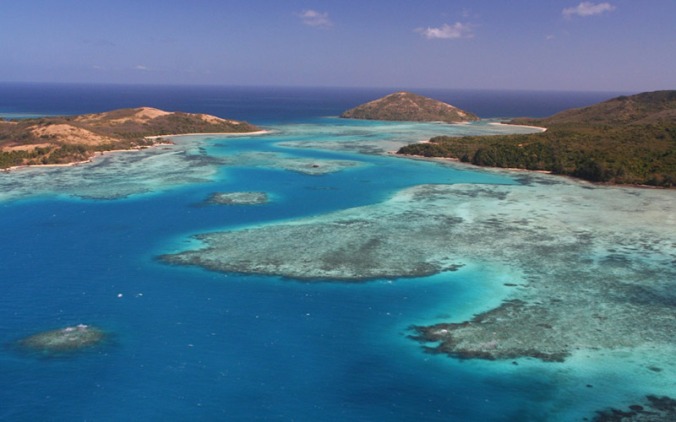 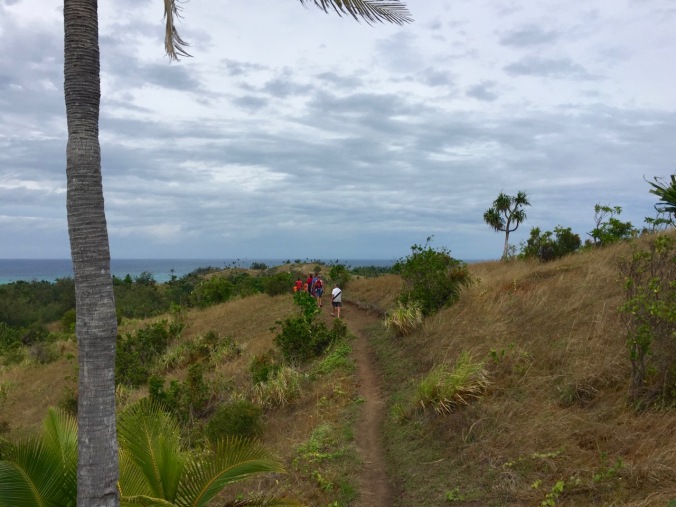 stunning views despite the cloud cover

this area wasn’t as badly affected by cyclone Winston, all palmtrees are still here! 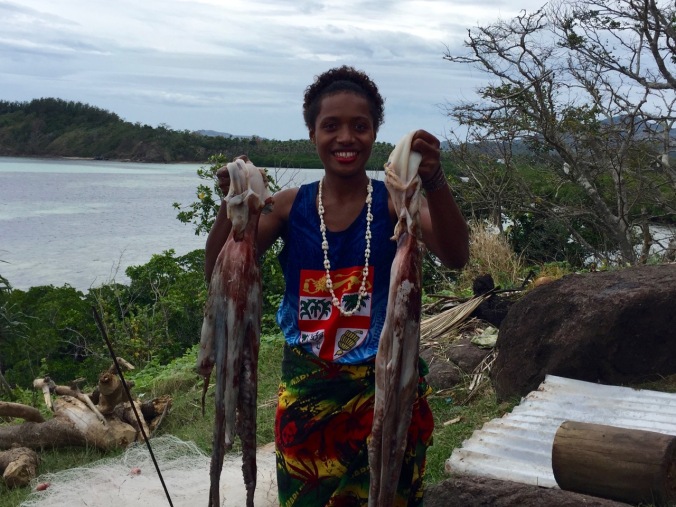 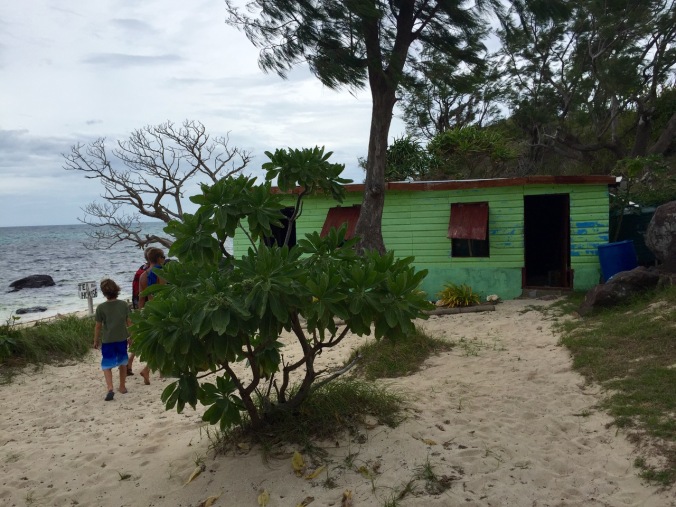 the teahouse was open and serving chocolate cake

I had a go at baking myself by the way and made bagels for the first time. They were a lot of work but absolutely delicious. After making the dough they need to rise and then be boiled (that’s what makes them chewy apparently) before putting them in the oven. My first attempt was a success and I think we’ll be making more! 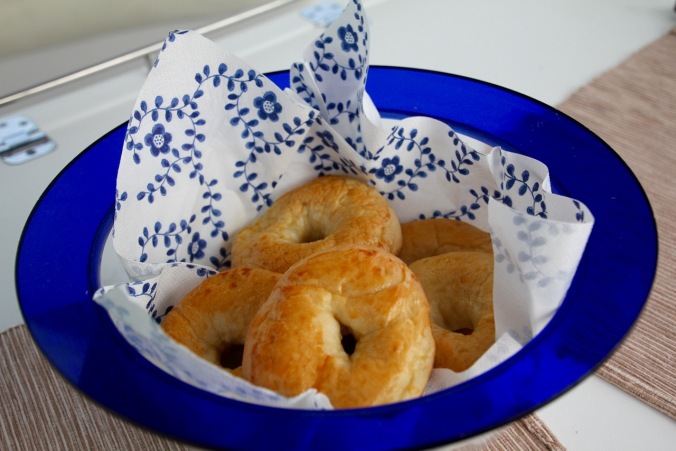 homemade bagels, a first on Rehua!

Delicious for breakfast served with smoked salmon (brought from NZ) and scrambled eggs.