Quick stop in Port Vila for some provisions and to complete the rest of the clearing in formalities. We also visited the national museum of Vanuatu which features some beautiful carvings and interesting artefacts. Then it was off to Santo as we heard a few kid boats we know are there! As soon as we were offshore we caught a BIG wahoo. Probably the biggest fish we’ve caught to date. Thanks to George and Harry from Port Vila, the fishing upgrades obviously worked.

In the afternoon three visitors stopped over and they stayed for the night, huddled closely together on the pulpit. They weren’t shy at all and we could even touch them. The overnight sail from Port Vila was very calm and with a full moon at least it wasn’t so dark. The heat of the day brought on thunderstorms at night, the light flashing all around us. We sailed past Ambrym island and could see the volcano glow in the distance, a mesmerising sight…

the anchorage in Port Vila, capital of Vanuatu

the national museum of Vanuatu 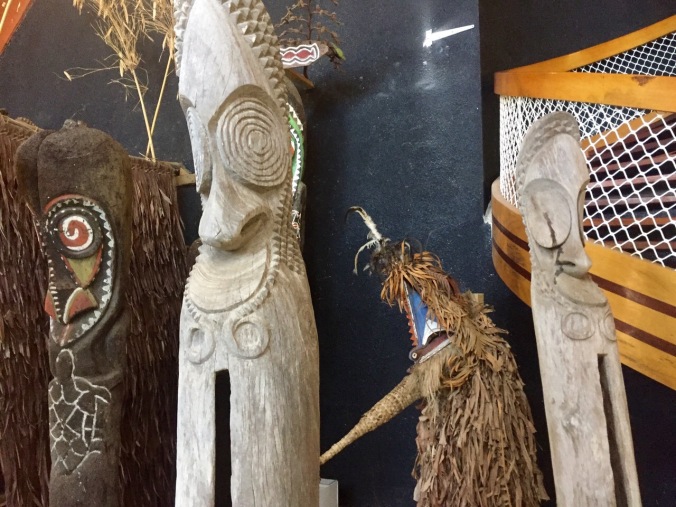 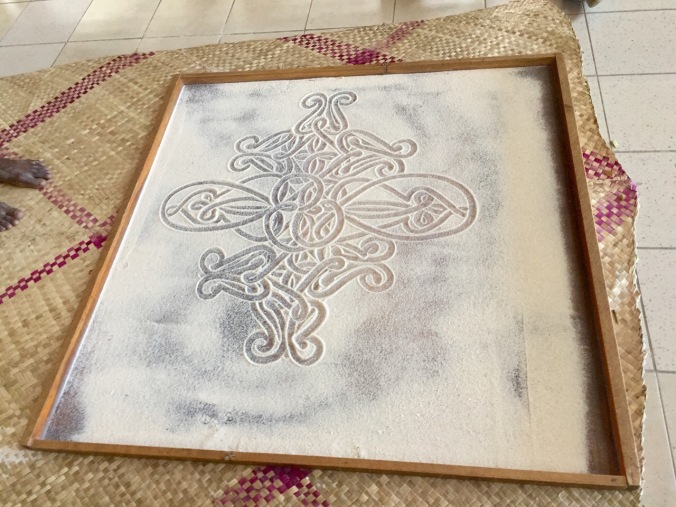 typical sanddrawing accompanied by a story as it is drawn

getting it ready for gutting

and not shy at all!