Dolphins! We still get excited every time they turn up. Such intriguing animals that always put a smile on our faces and get everybody on the foredeck. They like to do tricks for us: loops and jumps as they swim in front of the bow. As we entered Palikulo bay, just east of Luganville on Santo Island, they turned up to welcome us into the bay. There must have been at least 20 with a few baby ones included. Palikulo is a large bay with plenty of hazards making navigation tricky. Several rusty shipwrecks litter the coastline and there are many coralheads which are not marked on any charts. We’re used to the charts being inaccurate in these regions and we have google earth overlay to make sure we don’t run aground. But in Palikulo bay the strangest thing happened. These dolphins didn’t just come to say hello. They were trying to direct us into the bay, leading the way through the unmarked channel, zigzagging between bommies and reefs. Truly amazing. As soon as we reached the sandy spot where we could drop our anchor they disappeared. Perhaps this vast bay is their home and they are used to showing yachts the way in?

In Luganville we anchored just west of the town centre and caught up with three kidboats: sv Perry, who we hadn’t seen since Fiji, sv Field Trip, our sister-ship which we last saw in New Zealand, and sv Aorua, with Yves and Tama onboard. As soon as we dropped anchor the kids jumped in the dinghy and went to see their friends. Sarah and Mark whisked all the kids away to the beach later in the afternoon. It’s been a fun few days catching up with everyone.

Luganville is the second biggest town in Vanuatu but don’t expect a buzzing city life here! The town has a tropical, sleepy, laid-back feel to it. We’re here to catch up with our friends of course, but we’re also waiting for a small parcel from the US: a replacement part for our outside VHF which is currently only able to receive but can’t transmit. We have a back up system inside and also a portable handheld but it would be good to get it working again. After several attempts to pay the company in the US (our bank kept declining the transaction because ‘someone’ in the US was trying to use our credit card) and many phone calls later, we finally managed to order the part and it should be on its way. Fingers crossed it gets here soon! 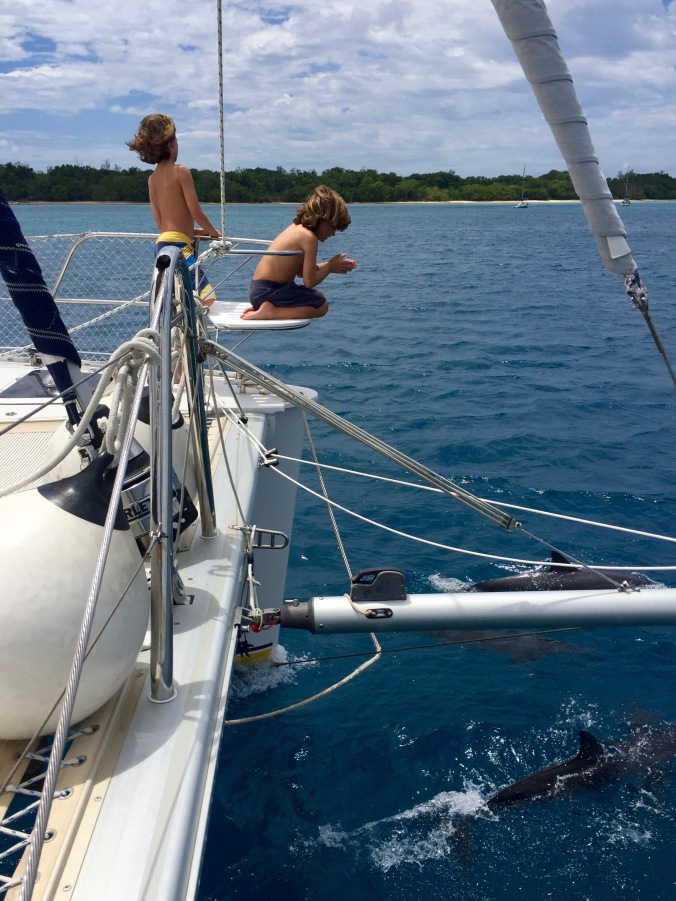 Dolphins show us the way into the bay 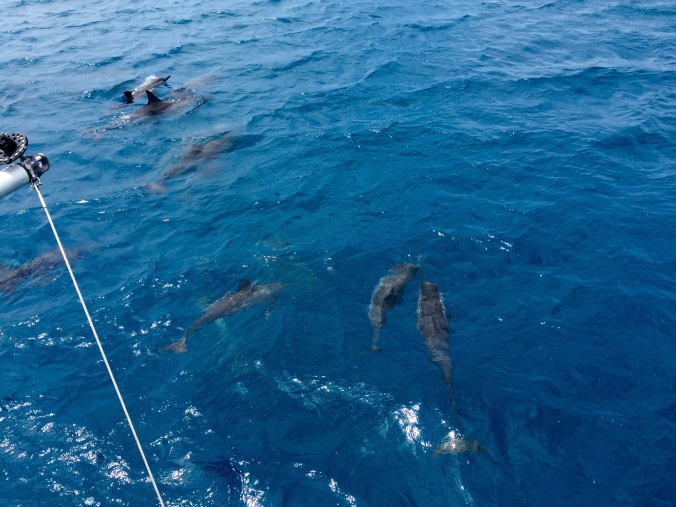 Mark and Sarah whisk the kids away 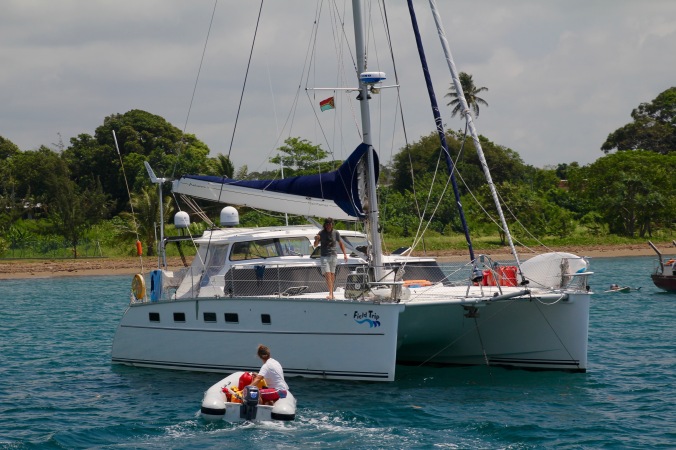 our Argentinian half sister-ship

off to get diesel (no fuel dock here…)